Can in the Sand: Vieques!!!

We obviously love the beach… and Candace loves yoga. So I think Can In The Sand posts will happen after every trip we take 🙂 A little photoshoot with a trip descrip! Hehe. 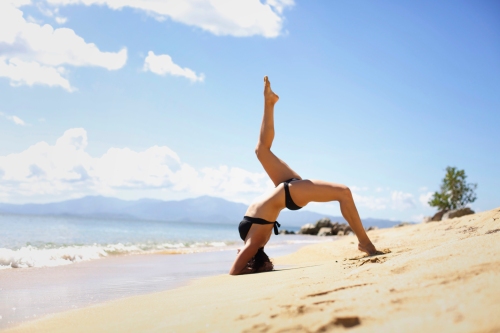 Can and I just returned from an unforgettable, memory filled trip to Vieques, Puerto Rico and we fell madly in love with this magical little island. The beaches were epic, we had some of the best food of our lives, the town of Esperanza felt like home, the bioluminescent bay was truly miraculous, and the whole island had a relaxed, positive vibe that makes you want to uproot your life and join the locals in the paradise they’ve found.

Our trip started with such a fun little surprise on the puddle jumper from San Juan to Vieques… we ended up on our own flight (randomly on the way home too!!!). So Can got to sit up in the front with the pilot and we felt like total royalty… such nerds we are. I’ve always been afraid of flying. I didn’t take a flight until I was 20 years old because I was convinced I was going to die in a plane crash. I literally made my mom go to a psychic before my first flight to make sure I was going to live. Dramatic much? Anyway, I was scared. But it ended up being incredible, super smooth, a beautiful view, and a bit of a rush!!! I felt like I conquered a major fear while I was up there.

We stayed at the Hix House in the center of Vieques. Surrounded by gardens, made of concrete with an open layout and a design that’s inspired by natural elements and focused on conserving commercial energy, it was truly something special. (You can read more about John Hix’s design philosophy here http://hixislandhouse.com/vieques-hotel-design-by-john-hix/) We woke up every day to open air, a view of the ocean, and the sound of birds and frogs singing to eachother. We started every day with coffee on the deck, and enjoyed the fresh baked bread and eggs which were restocked daily. Each unit even had an outdoor shower… major bonus!!! 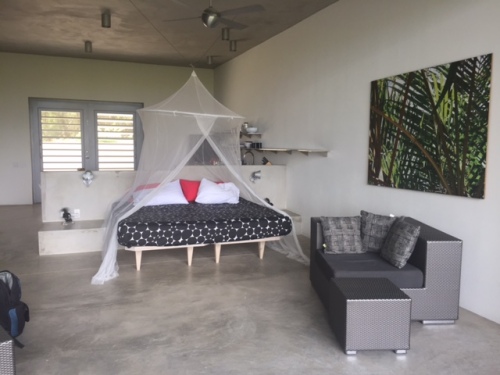 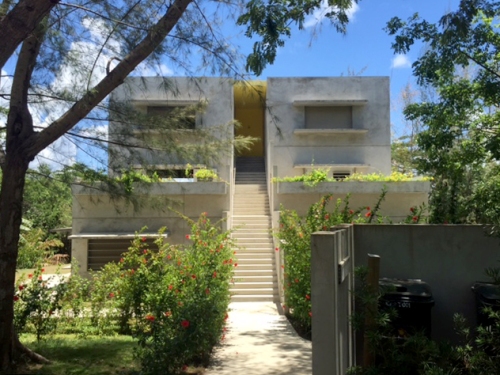 There are so many beautiful beaches in Vieques and they are all so different. The last 2 days of the trip we rented a jeep and hopped around to a bunch of them and obviously had a few photo shoots 😉 Most of the beaches are sort of hidden and hard to get to so we were lucky enough to have one of the local bartenders sharpie up a map for us with directions to these hidden gems. We absolutely loved being the only ones on the beach at Punta Arenas, the hiking trails at Playuela, kayaking and walking the perimeter of Sun Bay, and watching the sunset from the insanely beautiful beach at the W Hotel. 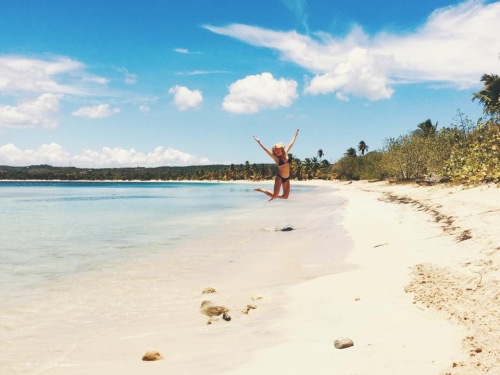 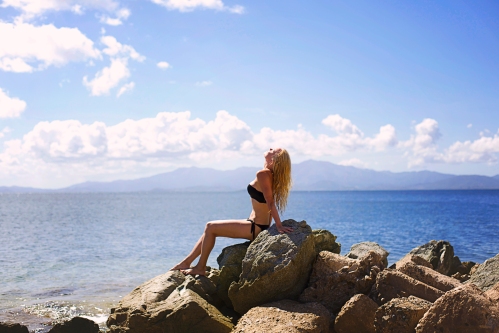 The food was so insanely delicious. Our first meal out was at El Quenepos in Esperanza and we ended up going back 3 more times during our stay!! The crab soup and the oyster appetizer were absolutely insane and Candace was a huge fan of the pretzel encrusted scallops. We also really enjoyed the ceviche at Duffy’s (although we both had an allergic reaction to it… still insanely delicious and worth the red splotches on our faces lol), the escargot at Bananas and the sushi at the Tin Box.

Along with the food and beaches, I would say The Bio Bay was definitely the highlight of the trip. We did the clear bottom boat and it was so magical seeing all the organisms light up. I am pretty embarrassed to admit that we broke the rules and jumped in the water. It wasn’t until a few days later that we found out how disrespectful it is to the locals, we could have gotten a huge fine and we also put ourselves in danger. There are actually several breeds of sharks that live in the bay, and there was a girl that got bit by one in 2011. Apparently our tour was a little bit shady compared to the others. They gave us no information on the bay. They took us out in the boats, told us not to jump in because “sun tan lotion hurts the fish” and let us roam around by ourselves. Well, we had seen photos on google of people in the water and we weren’t wearing any lotion. So we jumped in… twice. The next day we found out that not only could we have been fined a pretty penny, but we also are lucky we didn’t get bit by anything. OOPS. Probably my biggest rebel moment ever… by accident 😉

(no pics from bio bay but we jumped out of our kayaks the next day too, so heres a picture of that hehe. oops.)

It was such an amazing trip all around but the best part was simply getting to spend time together. Really the last 5 weeks have just been so incredible getting to live with Candace. Living together obviously takes any relationship to a totally new level, especially when you work from home and are together 24/7. You learn to blend your routines and habits. You learn what makes each other tick, what each other needs throughout the day and how to adjust and compromise your own needs for theirs.  You see that your love is more than just the fairy tale feelings you have. You see each others flaws, the mood swings, the emotional baggage. You see it all. And you see the beauty in it. You grow more in love because you feel that unconditional love when you bare it all. You heal each other. You see that it isn’t just about your connection… its what you do with that connection. Its not just about falling in love, its about growing together in love. And helping to inspire each other to grow and evolve as individuals… to be the best you can be separately and together. 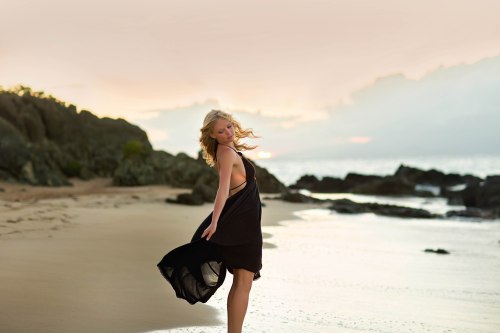